The 10-year-record of 67.83% may only be a marginal increase of 0.3% compared to the 2018 result, but it remains a record, and just-as-importantly, it illustrates consistency.

Encouragingly, the lowest Not In-Calf rate was also the best on-record after the 2019 mating season, which stood at 15.6% over an average mating length of 10.7 weeks (mating length was also the shortest-ever on record). 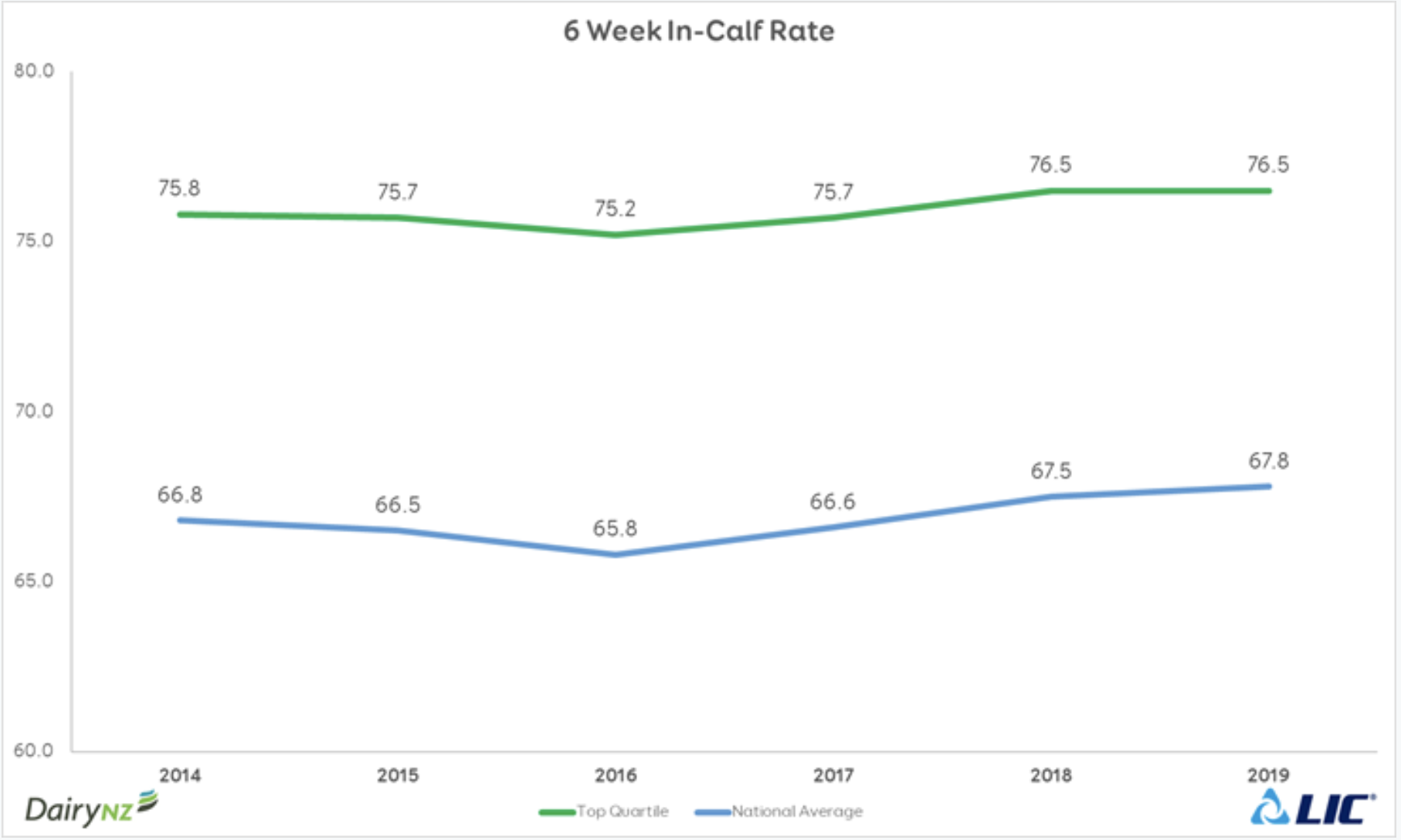 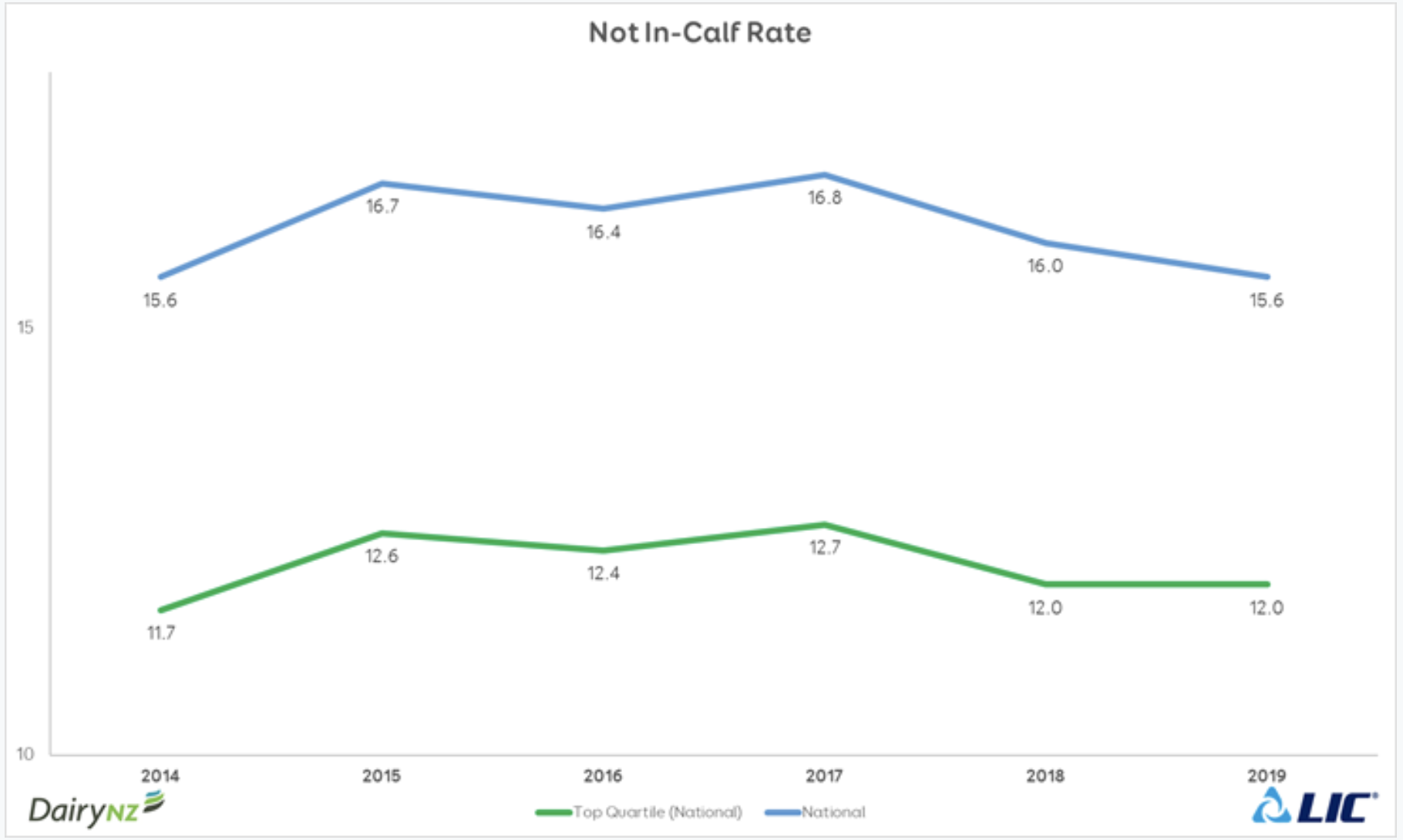 Note the latest season’s repro results are based on 2,377,370 cow records in seasonal calving herds throughout New Zealand (i.e. 4430 herds with a detailed Fertility Focus Report).

The last time the industry’s ‘repro’ was in such good shape was in 2012, when similar results showed an overall strong performance. But after 2012 the industry suffered four consecutive years of a drop in performance which coincided with a dairy downturn (when many farmers had to find areas to reduce spending on).

The lowest ebb came in 2016(a 65.7% 6 week in-calf rate and a 16.4% not in-calf rate), during which time significant changes in practice were implemented, such as elimination of on-farm inductions, for example.

In looking at trends over the past 10 years, what’s clear is that farms in top-quartile of reproductive performance are seemingly less prone to performance variations (dropping just 1% in 6 week in-calf rate, compared to a 2% drop across the rest of farmers during the same period).

The risk now lies in the signals that point toward a lower-than-anticipated forecast payout for the upcoming season; it would be disheartening to witness a drop in performance similar to what occurred post-2012.

But it’s important to be realistic, and many farmers throughout our traditionally-strong dairy regions have coped with drought or near-drought conditions in the first half of this year.

If there are fewer inputs in any farm system, we can’t possibly expect repro performance improvement (given all other factors remain the same). Another significant factor for consideration is the need to account for extra feed-demand from animals that are genetically better than their predecessors: While they may be more efficient, they do require extra energy to bring out their best.

The upshot is that, every season, change is inevitable. 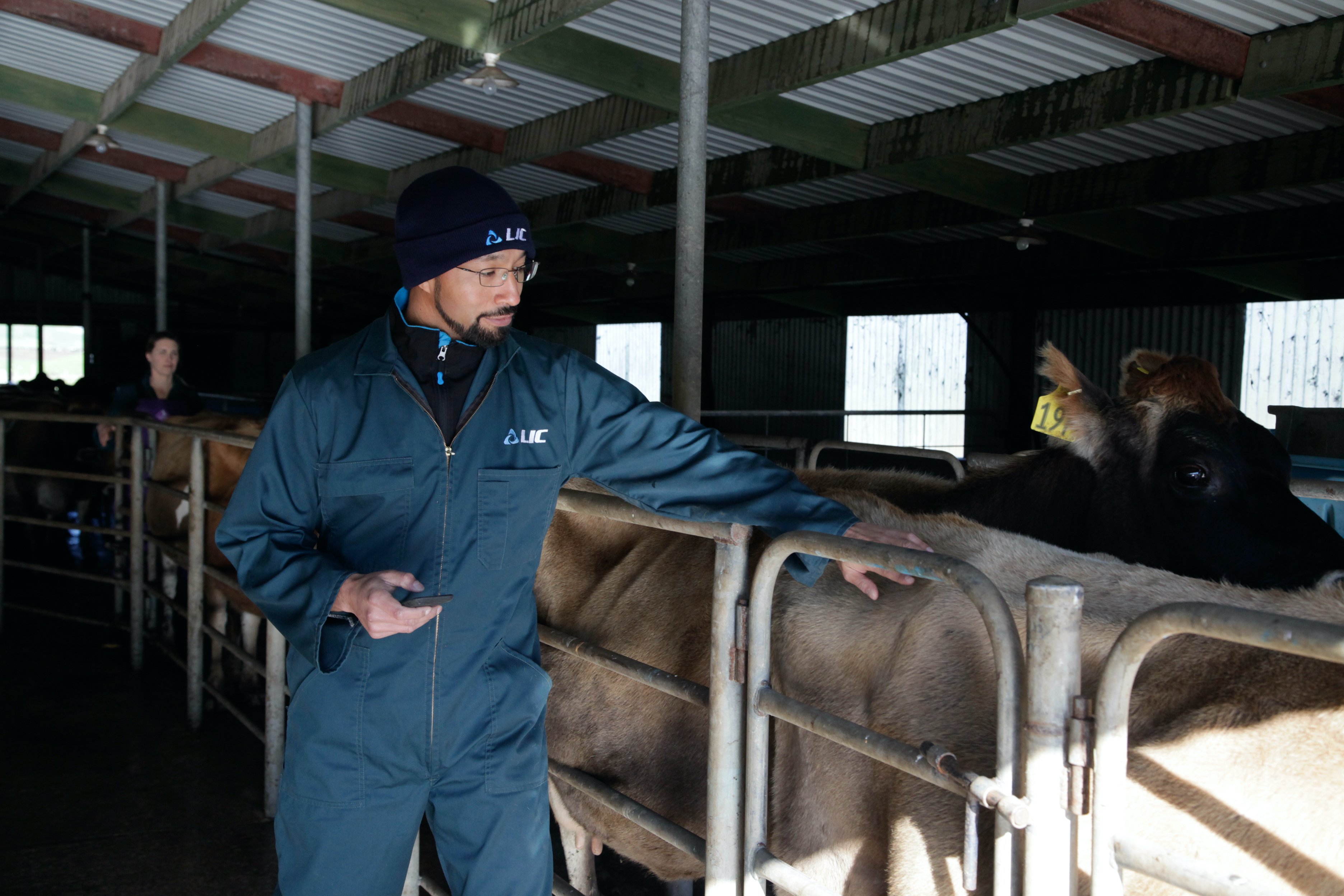 Focus on basics, and build on reliable and repetitive processes and practices.

The above should come from a robust plan that can be constantly monitored against key performance indicators (KPIs), specifically set for the farm (alternatively, follow industry standards).

Measure key aspects of repro so you give yourself as many proactive decision making opportunities as possible. Importantly, don’t compromise on the big plays – it might be tempting to extend lactation to drive cash flow on the farm but more often than not that will have a negative effect on the ability to meet body condition score (BCS) targets at calving, for example. Know the ‘big’ decisions that might cost you the following season (in both productive and reproductive performance).

Use trusted friends, neighbours, or consultants to help you identify the easiest opportunities for the biggest gains, and be sure to focus on one or two of the above areas; address a few key aspects well so you can make gains that are both repetitive and cumulative over time. Consider a change to traditional goals too, because a fresh approach can bring about an increase in motivation.

Keep in-mind that producing more does not necessarily equate to more profit: “I want to beat the record productive performance of my 500 cow-herd of 200,000kg milk solids.”

A better, more realistic goal, could be: “I want to achieve the same productive performance with 20 fewer cows.