The PW of mastitis-prone cows is likely to drop from February 17, when the index traits in a newly-introduced SCS production value. This article profiles how the re-calculation is being welcomed by an LIC shareholder councillor.

The 1996 introduction of an index for dairy cows that monitored performance via Breeding Worth and Production Worth was ground-breaking and played a key part in dramatically changing the breed composition of that national dairy herd, says LIC shareholder councillor Wayne Reynolds.

But as the industry continues to evolve, it’s crucial the key index measures remain relevant – that’s why Reynolds is endorsing the first change in 22 years to the way Production Worth (PW) is calculated.

“There’s no doubt more change is on the way for the industry,” Reynolds said.

“With cow numbers peaking we’re going to have to find ways of doing more with the same resource – and with farm ownership structures evolving, we all need to be prepared for that.

“So the index needs to remain a strong management tool. I’m pleased to see PW evolving at last, because the industry dynamics have changed but until now, PW hasn’t.

“With the inclusion of Somatic Cell Count (SCC) in PW, it’ll allow us (farmers) to pick our easy-care cows with more accuracy. Over the long term and across the national herd, I’m sure we’ll see overall profit margins of farmers increase as a result.”

More refining of PW ahead 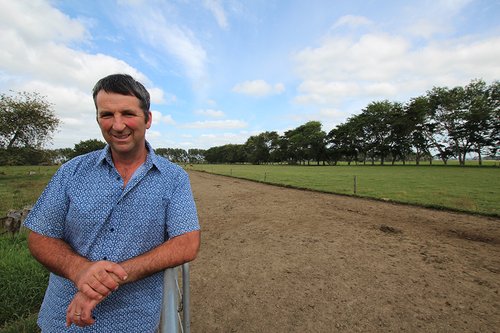 LIC shareholder council members had lobbied for a number of years for a change to the PW equation, said Reynolds, and high on the agenda had been the inclusion of a fertility production value which, along with Body Condition Score, is being researched further.

“I understand the reasons for the delay to the introduction of fertility and body condition score. I feel fertility is of greater economic impact than SCC, but it’s important to get the data and the science right, and it’s clear more time is needed for that so I look forward to seeing where things are at this time next year.”

Reynolds is part of a Farmer Advisory Panel that provides practical genetics advice to New Zealand Animal Evaluation, the DairyNZ subsidiary that oversees Breeding Worth.

“I looked at a few cows I knew had higher cell counts to see what effect the change would have. I know one cow in particular that I was putting in my cull list because of repeated high cell counts, and she’s dropped by 40 PW points.

“It’s what I would have expected, and I have to say the bulk of my herd is unaffected. You don’t expect much movement from them (healthy cows), it’s the cows that have persistently high cell counts that will drop and so they should. My overall herd PW is very much the same, it’s just the within-herd rankings that have seen some shuffling around.”

PW was purely used by Reynolds for culling and selling purposes, but it was not necessarily gospel, he said.

“At the moment you pick your low-PW cows, which are essentially your less efficient production cows, and you make some rather crude selection decisions based on cell count, calving date, fertility, or when you have to dry them off in autumn.”

“Now PW incorporates somatic cell, it’s getting closer to being the one measure to cull on – but there’s always going to be things that make cows unsound that PW isn’t aware of, like feet.