Farmers with a good level of reproductive performance need not scramble for the single best AB bull to mate to their best cows.

In other words, the science suggests farmers are far better-off preventing lower quality stock from producing replacements, focusing instead on using replacement quality semen (from a team of bulls) to mate to, say, the best 80 to 90% of the herd.

The science de-bunks a commonly-held, intuitive, belief that the best way to maximise genetic gain is to mate the herd’s top cows to the industry’s top AB bull. 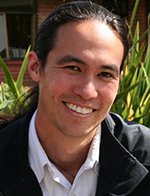 David Chin, LIC GM Operations & Service and one of the authors of the peer-reviewed paper published in the Journal of Dairy Science, said the research involved surveying a wide representation of New Zealand herds (as at March 2017).

For each herd, a combination of mating parameters was applied, reflecting various mating strategies. For example:

i) mating one top bull to the top 5% of cows exclusively;

Because random chance has a significant bearing on which cow gets in-calf to an AB mating, and which of those pregnancies results in a heifer being born, each combination of parameters was simulated 1000 times (i.e. to identify how much variation might occur due to chance).

“For each 10% of the herd’s poorest cows that get excluded from generating replacements, the average breeding worth (BW) of all replacements generated increased by 3.8 to 4 BW, regardless of herd structure or bull team,” Chin said.

“For many herds, even just excluding the bottom 5% of the cows from producing a replacement is a better strategy than mating the top 20% of your cows to the single-highest BW bull.”

However, good reproductive performance underpinned all the findings, because the birth of enough replacement heifers remained paramount.

Chin also acknowledged the necessary trade-off between selection and inbreeding that farmers faced.

Graph 1 reflects a collection of herds that had the New Zealand average BW with a relatively narrow spread of BW between the cows. 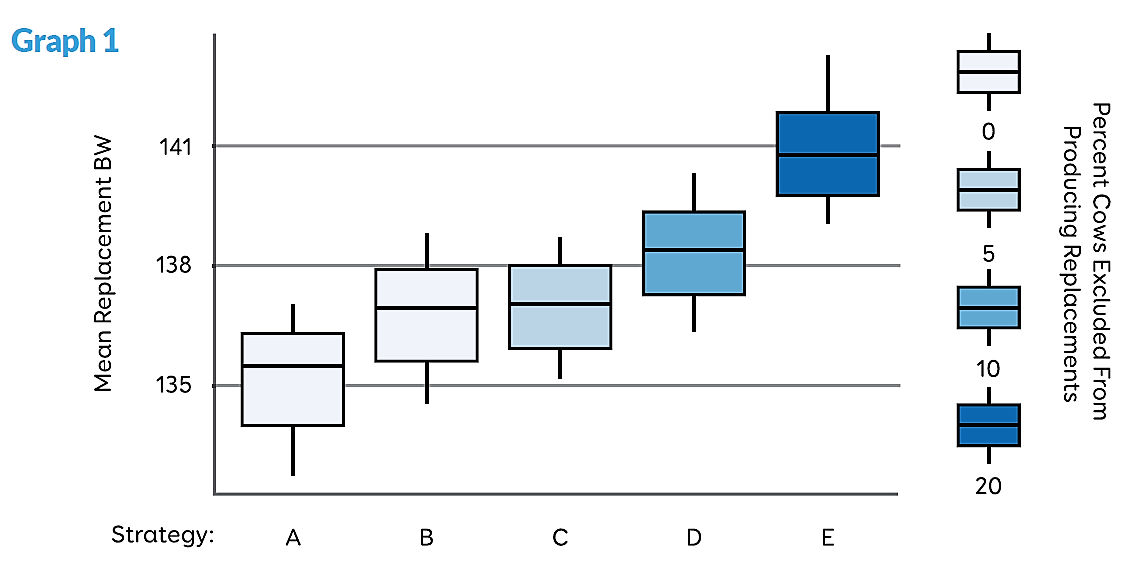 There are five data sets plotted, each reflecting a different mating strategy:

A - shows the outcome of a mating strategy that involved mating the entire herd with a bull team (these herds received an average 136BW return);

B - shows the outcome of a mating strategy that involved mating the top 20% of cows to one nominated bull; the rest of the herd got replacement-quality semen from a bull team (these herds received an average 137BW return);

C - shows the outcome when 5% of the herd is excluded from producing replacements; all other cows were mated to a bull team and there were no nominated bulls involved (these herds received an average 137BW return);

D - shows the outcome when 10% of the herd was excluded from producing replacements; all other cows were mated to a bull team and there were no nominated bulls involved (these herds received an average 138BW return);

E - shows the outcome when 20% of the herd was excluded from producing replacements; all other cows were mated to a bull team and there were no nominated bulls involved (these herds received an average 140BW return).

Graph 2 displays the same situation, but reflects a collection of herds that, despite having the New Zealand average BW, had a large variation between the cows (i.e. the spread of BW between the best cows and the worst cows was very wide); therefore, outcomes are more extreme. 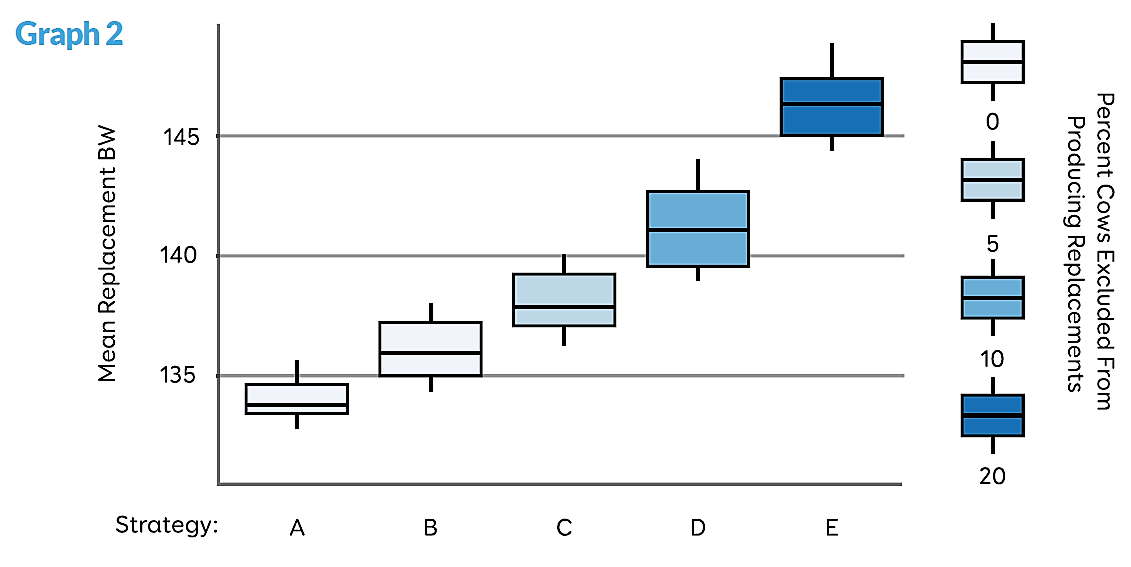 Chin said the use of bull teams such as LIC’s Premier Sires remained an excellent strategy at AB time, but New Zealand farmers could better-utilise their money, and make greater gains, by using the product smarter.

“It just takes a little more effort in knowing which cows to, and which cows not to, target the product at,” he said.