Production, capacity, and good udders is the focus of LIC's Jersey breeding programme.

Travelling throughout the country over the past few months inspecting hundreds of contract mating cows, I’ve been privileged to once again observe the sheer quality of Jersey cows on New Zealand farms. This is especially so when it comes to production, capacity, and good udders – and I’m convinced the Jersey breed is punching above its weight.

In the same timeframe, overall production and liveweight has seen similar trends, with a massive increase in the fat and protein breeding values (BVs).

It therefore stands to reason that breeding an efficient, larger framed Jersey cow will ultimately prove to be highly competitive in all feeding systems. LIC’s breeding programme has anticipated this for some time, and recently, that’s precisely what LIC shareholders have been asking for.

The trends in gBW, production, and liveweight breeding values (BVs) during the past 10 years is illustrated on the following graphs: 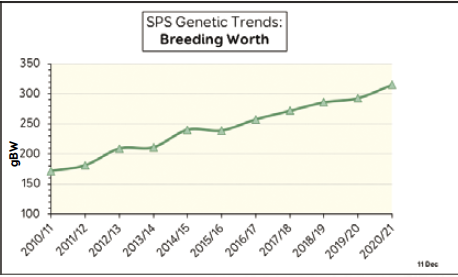 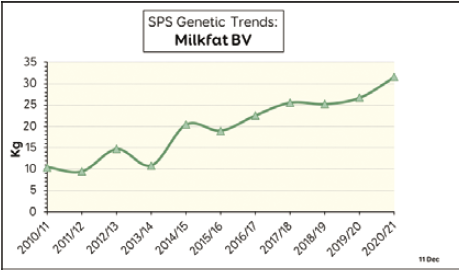 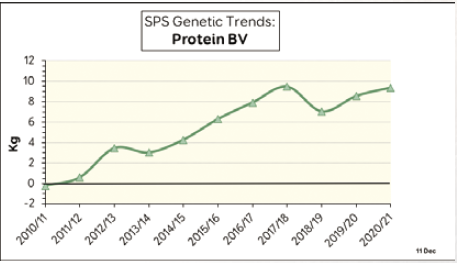 As many industry players are aware, the Once a Day (OAD) milking regime is another system that fits the Jersey breed like a glove. 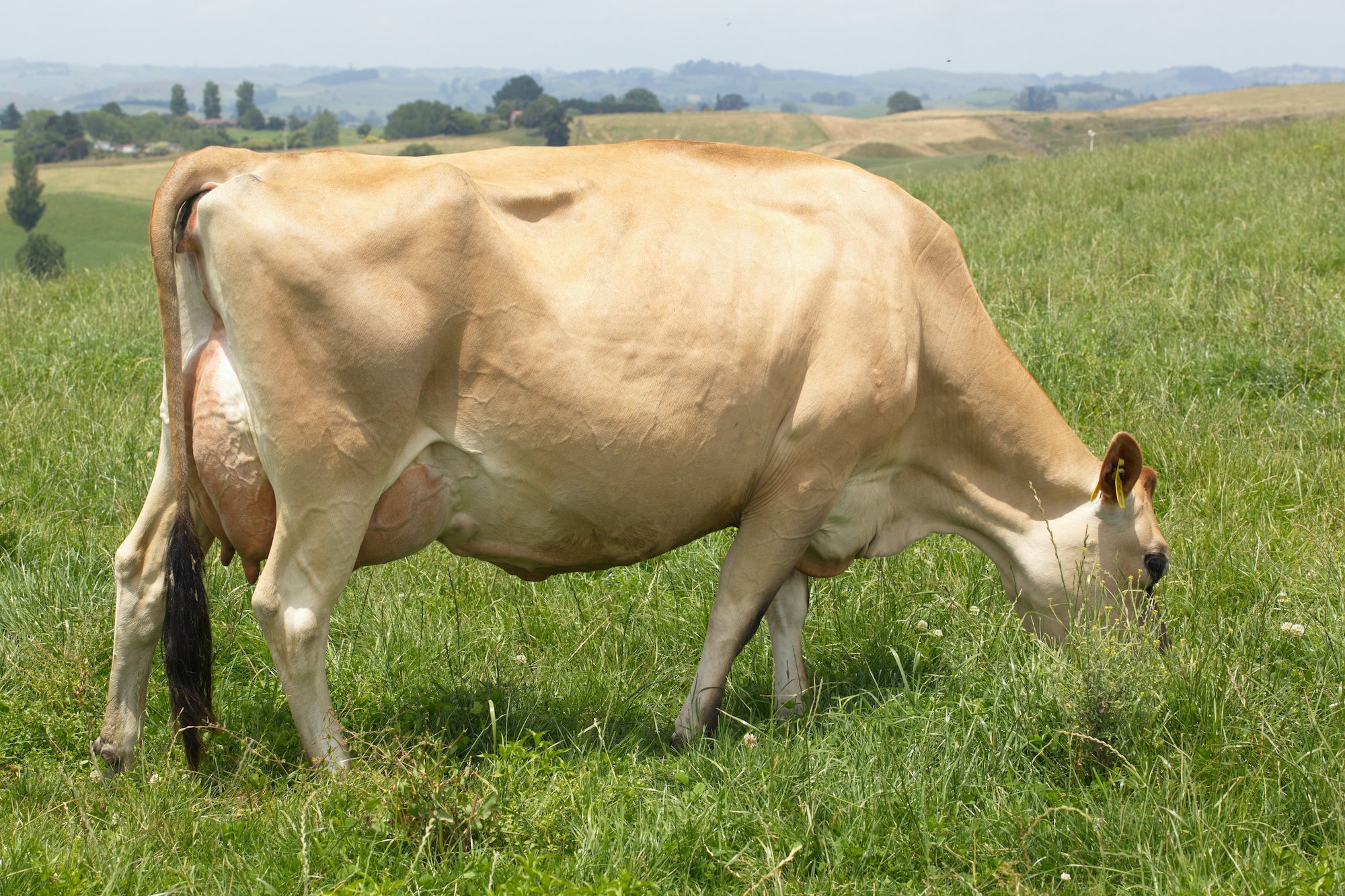 High milksolid percentages and good udder BVs make Jersey the ideal breed to make the transition from twice a day milking to once a day. When on OAD, Jersey cows are less likely to be culled due to udder break down and low production. Because of this, fewer replacements are needed. 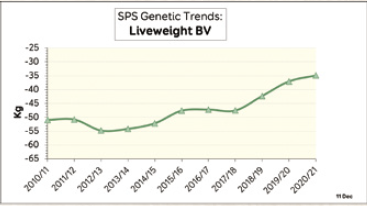 The graph above indicates the average udder overall gBV of the SPS Jersey young bull intake. The gBV improved from 0.12 to 0.52 over the past decade, which has resulted in cows with significantly better udder attachments. Current bulls that could be considered as stand outs for udder overall are Trigger, Superman, Magnify, Popeye, Berkly, and Titus. 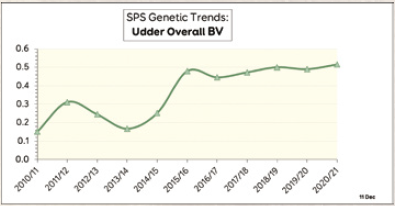 SEXED Jersey Demand for Jersey Sexed Semen is significantly up on last year. It seems many farmers are now capitalising on the opportunity to mate yearling heifers and their best cows to sexed semen, with a view to dramatically increasing the rate of genetic gain in their herds.

Some of the best genomic young bulls are featured in the potential Premier Sires Jersey Sexed team 2021. The team presents a formidable look, boasting an average of 328gBW, high production BVs, and impressive fertility BVs (see the table below). Many of these bulls are out of outstanding, proven, cow families and good examples of this are Titus, Lucian, Marco, and Landis. 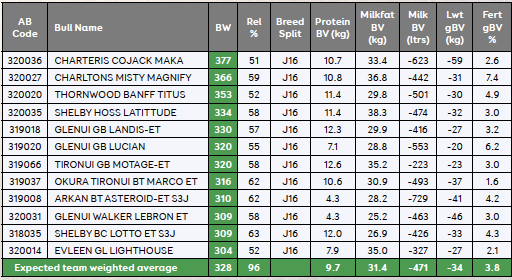 One of the LIC’s objectives every year is to select bulls that deliver the desired rates of genetic gain while providing adequate genetic diversity. In the past five years LIC has partnered with Jersey NZ in a programme called Jersey Future. The objective of the partnership is to purchase a team of diverse young Jerseys out of elite cow families utilising the latest genomic technology. These 21-code yearling bulls can be purchased via Jersey NZ.

The first proven successes from the Jersey Future programme are marketed through LIC: Little River Trident S3J and Paspalum OI Limelight have left outstanding daughters across New Zealand, and are proving their high genetic merit.

Another Jersey Future 20-code bull, Thornlea Misty Topshot ET, has been selected for the potential LIC Premier Sires Forward Pack for 2021, and he promises to bring performance and diversity to the team.