One of LIC’s longest-serving bulls has reached the landmark achievement of selling one million semen straws in New Zealand and overseas.

Holstein-Friesian bull San Ray FM Beamer ET S2F - better known as Beamer - reached the figure just in time for Father’s Day this year, ironic as he has sired around 170,000 daughters around the country over the last eight years.

His achievement is arguably the most impressive out of the entire group. Ten-year-old Beamer comes from an era where new bulls are superseding older bulls in LIC’s Premier Sires teams at a faster rate than ever before, mainly due to the co-op’s continued investment into genomic technology. This means it is very unlikely that another bull will ever reach the volume of straws that Beamer has delivered. 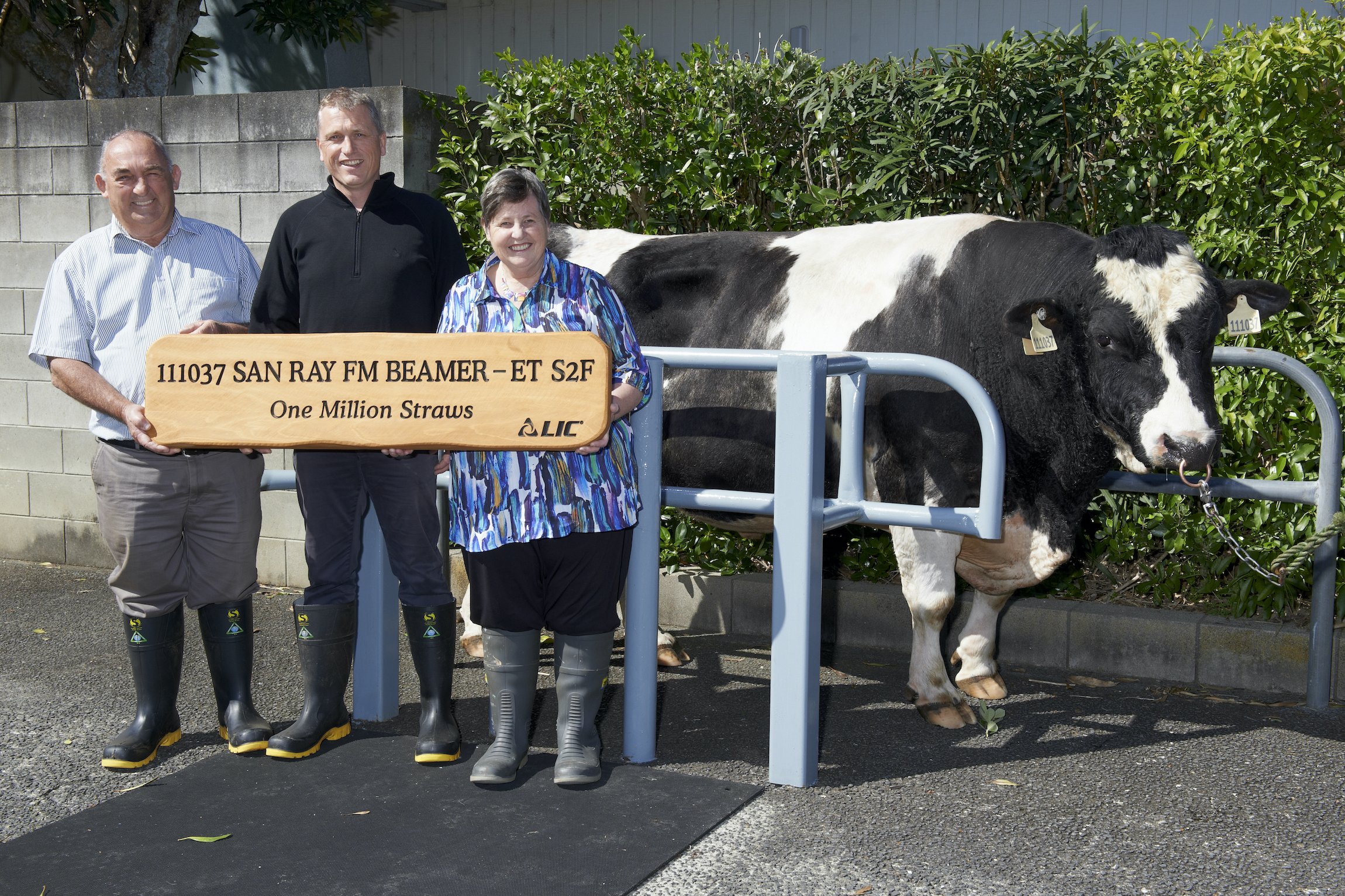 Ray and Sandra Hocking with Simon Worth (centre)  from LIC with Beamer.

Beamer has proved to be a hit with farmers, with many citing his mix of high breeding worth (BW) and good total overall production traits as a reason for favouring him. He was the number one ranked Friesian daughter proven bull for BW when he became proven in 2015 and his achievements have continued.

Beamer was born in April 2010 and was one of three full brothers that were the result of an embryo transfer from the elite dam ‘Bust’ owned by Stewart and Kathryn Anderson of Otorohanga. Long-term pedigree breeders Ray and Sandra Hocking of Carterton purchased a ‘flush’ from the Anderson’s and with a little luck selected the brother in the middle (once born) – who happened to be the pick of the litter – Beamer.

The combination of the genetics from the LIC Hall of Fame inductee, reserved for animals who achievements have had a profound impact on the dairy industry, and farmer favourite Mint-Edition combined with their own dam ‘Skelton Bust’ was a winner from the get go – all three brothers have been marketed through LIC’s Premier Sires teams. At one time, all three were also on the top 10 of Holstein Friesian New Zealand’s ranking of active sires list. LIC livestock selection manager Simon Worth, who has seen Beamer grow up throughout the years, says his contribution to the industry cannot be underestimated.

“Beamers influence on this industry will be significant. Not only is he siring impressive daughters that farmers love to milk, but there is no doubt a number of his sons will follow in his footsteps.

“It really is rewarding to see one of the industry’s highest indexing bulls contribute so much. And to be recognised further through the likes of Holstein Friesian New Zealand’s award system is just a feather in the cap. In 2015 he won the highly-regarded Mahoe Trophy and more than a dozen of his daughters have won awards as part of senior and junior progeny team awards in the Boehringer Ingelheim Progeny Competition.

“Six years in Premier Sires is an outstanding achievement and one we will see less of given the faster turnover of bulls in this genomic era. As a result, I believe Beamer will be the last to sell a million straws in New Zealand.”

Beamer’s legacy looks like it will carry on for years to come as well.

Three of Beamer’s daughter-proven sons are in the current Premier Sires teams along with multiple offspring in genomic teams, proving a strong line of genetics and highlights the effectiveness of LIC’s genomic program.

Beamer will enter his sixth consecutive season as an LIC Premier Sire this year and has a BW of 225. 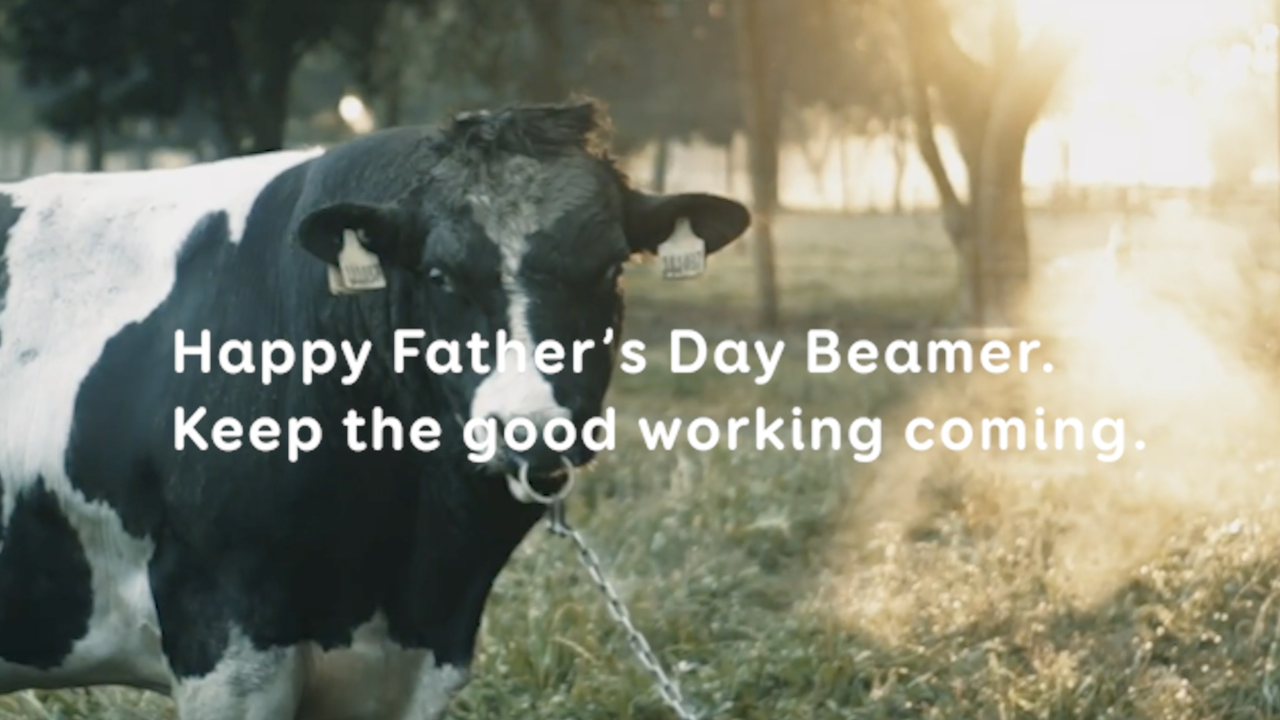 Beamer hits the one million mark just in time for Father's Day.