The landmark changes to Breeding Worth in February had a big impact on the Holstein-Friesian breed, and I know this first hand, having been brought up on a farm that exclusively milks Holstein Friesians. 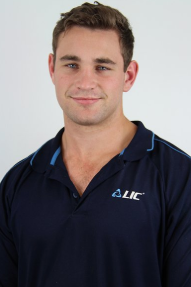 For years the black-and-whites have worked well for us.

Many people have asked me if we will change breeds following the recent changes, but at the end of the day you have to milk the cows that you enjoy milking: I like milking Friesians so why change when the Holstein Friesian still offers a lot of genetic gain in not just breeding worth (BW), but in fat as well!

The fact is the Holstein Friesian breed still has the highest fat breeding value (BV) of all breeds.

The February change saw significant increase in the value of fat relative to the value of protein, and this ratio is now formally established in New Zealand’s national breeding objective (NBO).

The impact on individual bulls within breeds was big, but so too was the impact on breeds as a whole, which most farmers would be well-aware of by now.

In summary, February saw the following factors change within the BW index:

So why did the HF drop the most even though they are the breed with the highest milkfat BV?

The opposite occurred in the Jersey breed. Because Jerseys don’t produce as much protein as their Friesian counterparts, nothing was lost, but plenty was gained. The ratio of fat to protein increased markedly, because of the Jersey breed’s higher fat BV compared to its relatively low protein BV.

Although the February changes were some of the biggest we’ve seen relating to economic values, it better reflects what the milk companies are paying for.

LIC knew about this in time for spring mating in 2018, and was able to make informed decisions about which bulls should be in its Premier Sires teams: This saw lower use of bulls that were to see a significant drop in February (than what would have otherwise been the case).

This means calves been born this spring on the back of Premier Sires pregnancies boast the best-possible BW that LIC’s sire selection experts could manage.

That’s the beauty of Premier Sires’ liquid technology: It allows changes to occur on any given day, regardless of breed.

This saw heavy use of the likes of breed-leaders for fat, such as 114032 Mastermind, who has recorded the highest-ever fat BV for all breeds, and currently sits at the top of the fat list at 52.8kg.

He was closely followed by 115080 Sweet As (the number one bull on the Holstein-Friesian RAS list), who, with 50kg fat, makes him the second-highest currently AE-enrolled bull for fat BV.

Both those bulls were used over the national herd a lot more than would have been the case if LIC didn’t have the flexibility to make fast changes to its Premier Sires bull roster.

While there’s a lot of talk about fat, it’s important to remember the protein component of milk is far from gone.

This year’s VCR (value component ratio) in the economic values of BW is 1.01, which virtually sees the value of fat and protein at parity.

What this means for the Premier Sires teams of 2019 compared to other years:

Although the protein BV weighted average has slightly decreased in the Daughter Proven team, combined fat and protein is still a lot higher. The upshot is that protein is still very-much contributing to the makeup of LIC bull selections. 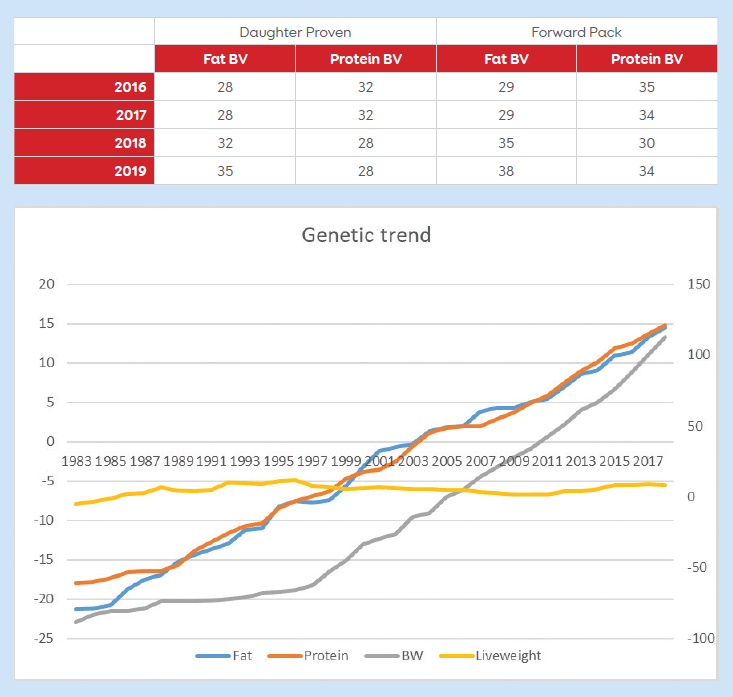 FOOTNOTE: Until February, fat generally had a much lower weighting in the national breeding objective compared to protein. The genetic trend above (see graphic) shows productivity of the national herd for both fat and protein has continued to rise, along with BW. In contrast, liveweight has remained relatively steady.

Fonterra has announced its value component ratio for 2019/2020 at 1.38 (three year rolling average).