To find out more about what’s driving this positive half-year result, visit www.halfyearinreview.lic.co.nz

Board Chair Murray King said the half-year result reflected the recurring benefits from the co-operative’s business transformation, which improved business performance and profitability; and the value of its ongoing investment in research and development to commercialise high-value genetics and technology products for its farmers.

Total revenue, EBIT, EBITDA and NPAT were all up on the same period as last year.

Cash flows from operations were positive $19.4 million, compared to $5.4 million for the same period last year. This is reflective of increased sales.

LIC continues to operate a strong balance sheet with total assets including cash, software, land and buildings and bull teams of $409 million, up from $371 million on the same period as last year.

Investment in research and development also continues (5.6% of total revenue in prior year), as well as significant capital investment in software development.

Half year results incorporate the majority of AB and herd testing revenues but not a similar proportion of total costs so are not indicative of the second half, nor the full year, result. No dividend is declared at half year.

King said the result was in-line with the market guidance reported in July.

“With the business transformation programme ongoing and embedded into the co-operative’s operations, we are seeing the significant recurring benefits in improved business performance, growth and profitability in this result. We expect these benefits to continue to deliver earnings improvements in future years.

“LIC’s refreshed business strategy to deliver innovation led growth by focusing on optimising and enhancing our core business will build on our transformation to keep LIC and our customers as leaders of the global pastoral dairy system.

“The strategy is also critical to a modern, progressive co-operative that can meet the needs of its customers and the challenges in the broader industry by continually adapting and improving.

“Total cow numbers in the national dairy herd are steady, but our focus on driving value for farmers from our core products through innovation is delivering more value as farmers invest in new genetic products to fast track genetic gain within their herds and meet changing market demands,” King said.

The half-year result was achieved even with the investment of more than $800,000 on new measures to protect customers from M. bovis, including a world-leading daily testing regime of its bulls through the peak mating period. The co-op absorbed these costs to avoid additional price increases.

Sales across LIC’s range of products were strong in New Zealand, particularly those that enable farmers to put more emphasis on cow quality over quantity. This included its DNA testing service with more farmers utilising the service to confirm parentage of their young stock and identify the best herd replacements to secure future herd productivity.

Total AB sales were up on the previous year as more farmers extended their farm’s AB period and opted for short gestation genetics over natural mating bulls. Across the country, 36% more farms adopted an all-AB mating plan than the previous year – the biggest spike the co-op has seen in the emerging no-bull trend, King said.

“This is partly due to the heightened biosecurity focus from M. bovis but with the demand we’ve seen for other solutions it’s evident farmers are looking for opportunities to maximise their profitability and productivity.”

LIC’s ‘A2 bull team’, introduced to meet the growing demand of A2 milk, was also in high demand accounting for 10% of total AB sales in its debut season as more farmers look to breed an A2A2 herd. LIC also saw strong uptake in its premium genetics product, the Forward Pack bull team, which provides access to elite new genetics earlier to increase the rate of genetic gain on-farm.

During the year LIC continued the rollout of its SPACE service, which measures pasture via satellite imagery and algorithms, and implemented a number of improvements to the system which has now been adopted by 1200+ farmers in Southland, South Otago, Canterbury, Manawatu, Waikato, and Bay of Plenty.

The co-operative’s work to transform its business operations, simplify its capital structure and refresh its business strategy has built a strong platform for growth.

Underlying Earnings (NPAT excluding bull valuation)* at year-end remain forecast to be in the range of $18-22 million, assuming no significant climate event or milk price drop takes place between now and then nor any major impacts from M. bovis.

1. One-off transformation costs pre-tax of $20.7 million were incurred in the same period of the prior financial year (H1 2017-18). EBITDA and EBIT numbers for that period are presented excluding one-off transformation costs as they are considered useful to investors to provide an indication of the change in business performance. The numbers presented are non-GAAP financial information. Non-GAAP financial information does not have a standardised meaning prescribed by GAAP and therefore may not be comparable to similar financial information presented by other entities. As this is a half-year update, the numbers relating to November 2017 and November 2018 have not been audited. 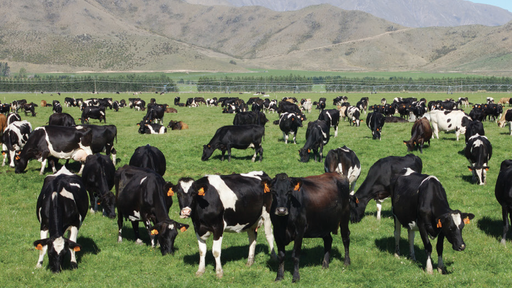 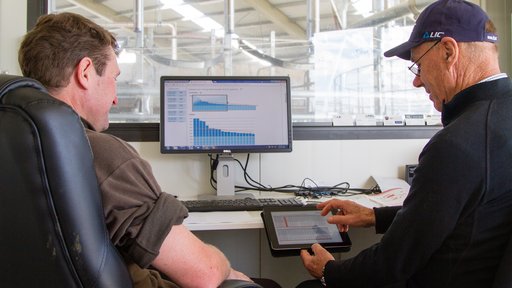 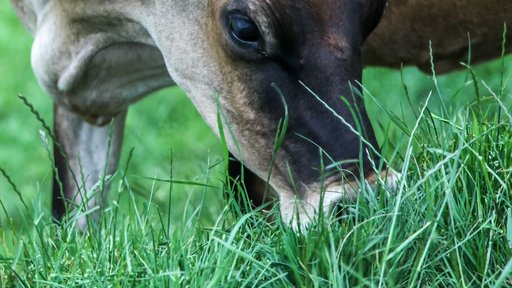 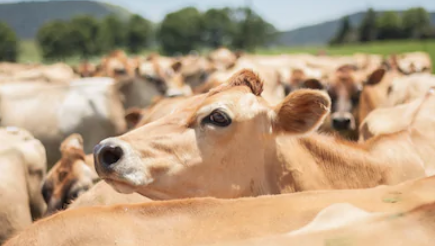