KiwiCross®: It's all about the new black

The demand for KiwiCross® continues to grow year-on-year, with 40.6% of all semen ordered from LIC being KiwiCross (to date, 2019). 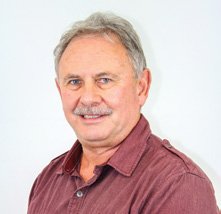 This is significantly up on 2015/2016, when 33% of all LIC semen ordered with KiwiCross After launching KiwiCross in 2005, LIC and its farming shareholders have come a long way.

Farmers appear to love the hybrid vigour of the black cow that excels in efficiency, fertility, and great longevity.

LIC’s strong contribution of Crossbred bulls to RAS List is as consistent as it’s ever been. Of the top-25 bulls, the LIC brand sits alongside 21 of them, including 8 of the top-10.

This spring the new KiwiCross 16-code bulls are looking promising in terms of high BW and the all-important udder and dairy conformation traits.

Of the top-25 bulls graduating, a good number have an udder BV's and dairy conformation BV's of more than 0.6.  The same 25 bulls also boast a whopping average longevity BV of 375 days.

The above is a clear sign these bulls are set to produce production efficient cows with good udders that last a long time.

It is my pleasure to highlight a few early exciting new graduates:

No surprise that this bull is looking exciting, resulting from a magic Terrific x Mint-Edition cross.

Bred by Edwin & Dianne Jenkins from The Hyjinks Trust, Snapper’s dam is a high production cow with super indexes of 205 BW & 445 PW.

Bringing Terrific into the mix, great udders are almost a given. Snapper excels in fertility, somatics, a longevity BV of 401 days, and an udder overall BV of 0.63 (making him a true all-rounder).

Snapper was also used in contract mating as a young bull: Six of his sons have already featured in the LIC Sire Proving Scheme, with one having already been used as a sire of sons.

At the top of the 16-code ranking, Explicit's out of a solid, high-producing, cow family with exceptional longevity.

Bred by Ian and Violet Noble, this bull has the popular Breakthrough (used as a genomic bull for sire of sons) x Mint Edition combination in his pedigree.

Explicit’s dam is a high index cow with a 217 BW, 487 PW, and she’s been TOP scored at 7 for udder overall and dairy conformation. An F13J3, this bull’s calving difficulty (BV -0.07) makes him a prospect to use on younger females.

A standout for this boy is his phenomenal high fat and protein breeding values at 47kg & 35kg respectively, and he's A2A2 to boot.

Bred by Walton Park Farm Ltd, Inferno is heading into the all-rounder space, and that's no surprise with Solaris as his sire. He is currently the highest ranking (BW) new graduate in the KX line-up.

Among his stand out traits is his exceptional low somatic cell BV of -0.95.