Robb says herd production has not been significantly compromised with the lower numbers, but profitability is certainly up, because farm costs have decreased with fewer cows. And in terms of milksolid output per cow, he's getting plenty more bang-for-buck. 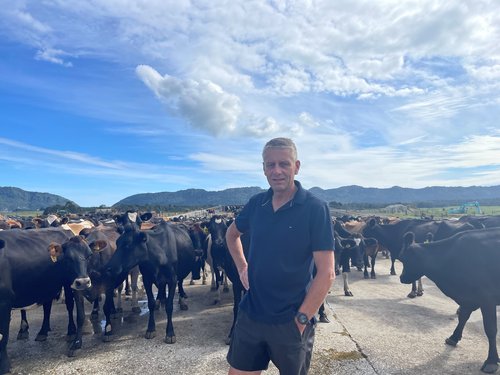 Andrew believes the New Zealand farmer’s desire to get more from each cow is set to continue.

“Over time, with better technology and continued use of good genetics, we should be able to have the flexibility to lower our stock numbers further, because our cows are getting better, and there’s room for picking cows more accurately.”

Why the need to drop numbers?

“My theory is that herd sizes in general are likely to decrease over time, or at least hold, rather than increase – because politically and economically that’s what’s occurring, and the pressure is there.

“We’re (dairy farmers in general) no longer in a growth phase, so breeding goals have changed, and it’s really important to me to get the very best I can out of my genetics – my focus has changed from getting as many (cows) as I can, to utilising the best of what I’ve got to drive better performance from my existing stock.”

Andrew’s herd is in the top 5 percent nationally for Breeding Worth (BW), and, as the breeding goals have evolved, so has his mating strategy:

“For the past two mating seasons we’ve used 210 straws of (fresh) Sexed Semen during the first three weeks of AB. At the same time I’ve used the Forward Pack Premier Sires, as well as Stabilizer® as a beef breed option.

“So I pick out 10 cows a day for the Sexed Semen, and that’s based on whether they’re a good, sound cow; I have a criteria – they’ve got to be within the top one-third of the herd (based on Breeding Worth and Production Worth), they’ve got to have recorded a pre-mating heat, and they must have calved for a certain length of time – pretty much they would have calved within the first six weeks.”

“I use up my Sexed Semen on the first 10 cows, and the remainder of the really good cows go to Premier Sires… the rest will get a beef straw; Stabilizer® beef genetics promise a low birth weight so that’s great for calving… when they get to about 150-180 days they have very vigorous growth, they just take-off. And they’re quiet animals, almost quieter than our replacement calves.”

After week-three of mating all animals are put to Stabilizer® beef until about week seven, then short gestation length Hereford and Angus is used for about 10 days before the bull is put out.

Having refined his mating approach over the past few years, Andrew is particularly pleased with how his replacement stock is looking.

“That’s a result of Sexed Semen use, and influence of selecting from my top BW cows,” Andrew says.

“The big leap is the Sexed Semen – I know it looks relatively expensive but we’re utilising the value of those calves and it pays for itself; I think more people are starting to realise that.

“My ultimate goal is to put collars on the cows and not to put the bull out at all. I’ll probably AI all my heifers too, because of the genomic test that LIC’s putting out to test the female’s DNA."

Andrew says getting genomic information on his female stock is yet another avenue that will further-refine what genetics he puts to Sexed Semen and Forward Pack, and what animals will be kept aside for beef.

Ideally Andrew goes after a high Production Worth and Breeding Worth animal:

“Production (of milksolids) is most important to me obviously, but next in-line is temperament and soundness – I don’t need a beauty queen, but I do need a good, solid, body type that I know is going to handle calving and that has good feet and good udders – there’s a correlation between some traits and longevity, and that’s what I’m after.

“I’m aware of my empty rate, six- week in calf rate, and I know what my ideal levels are; I think I can improve things with technology like collars and genome testing on the cows over the next few seasons, and I’ll be moving toward that.

That means I should be able to lower my replacement rate over time, because I’m trying to breed for longevity, and with the lower numbers they’ll be getting fed to their potential, so everything points toward them doing more, and lasting longer." 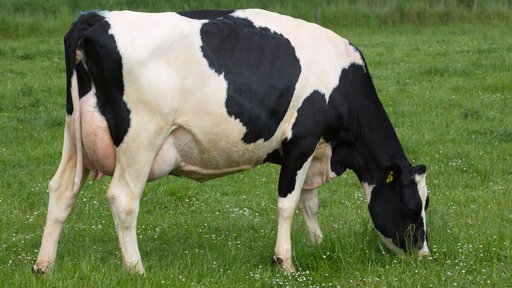